🇬🇧 Unlike Goguryeo and Baekje, Silla people’s cosmetics records remain relatively large. Women used a gache, a big wig which was decorated with gold, jewels, silver, coral, jade, and the traditional Korean colorful silk. In ancient times, long hair was a requirement for beauty. In Silla, long-haired processing techniques were developed.
Moreover, the gaches of the Silla people were more long-haired than that of the Chinese and were said to be yearned for by Chinese women. Because of this, they were sent several times as a trade between countries and were exported by merchants. These facts prove that the cosmetics manufacturing techniques of people from Silla were superior to those of China at the time.
It is believed that the reason Silla-made gaches were more unbranched than Chinese-made ones was because they were manufactured using hair oil from the fruits of camellia, jujube, and bee-bee (also known as Korean evodia) trees and frequently washed their hair following the Yudu folklore, a traditional summer festival that falls on the fifteenth of the sixth lunar month. The term Yudu literally means “immersing head in flowing water” and described people washing their hair in rivers whose water flowed eastwards, the direction of youth and activity and of positive energy. It was thought that washing and combing one’s hair over the cliff would wipe out the bad luck of the year.

During the Silla Dynasty, the use and manufacturing techniques of white powder were considerable. It has been recorded that a Buddhist monk was given an award in 692 in Japan (the 1st year of King Hyoso’s reign) because he made face powder. This shows that in Silla, the manufacture of face powder became common before 692.
The traditional white powder was made grains powder, such as rice and millet, or powder of powdered flower seeds, white clay, talc or powder made of pulverized fossils. Because of its weak adhesion and spreadability, the powder was not only complicated to use but also hard to apply. For this reason, people used to shave their face fuzz with tweezers or raw cotton before applying the powder, dipping the white powder into the water and then sleeping for a while (20 to 30 minutes) after the application. Later, a lead-based chemical treatment was created, which improved the adhesion of the white powder and made it easier to spread. Therefore, the manufacture of white powder has been considered a breakthrough in the history of the development of cosmetics.
The Silla people also decorated their cheeks and lips with red make-up, which was made of safflower. Other than the red make-up, there were eyebrow pencils, which was made from wood such as hard oak and nut wood into a plush to draw eyebrows.

Silla jewelry was diverse and very colorful at the same time. In addition to gold, silver, and jade, earrings, necklaces, rings and bracelets were made from a bamboo, ivory, bronze, or wood, and various accessories were added to belts to enhance their beauty.
As such, various high-quality cosmetics were developed during the Silla Dynasty and high-level cosmetic techniques existed because the Silla people’s unique sense of beauty, or Yeonggyukilchi (영육일치), was formed.
According to Samguk Yusa (in English: The History of the Three Kingdoms) –  a collection of legends, folktales and historical accounts relating to the Three Kingdoms of Korea as well as to other periods and states before, during and after the Three Kingdoms period – Park Hyuk-Geo, Silla’s first king, was a handsome man with beautiful features. His body was said to have glowed when he was bathed in Dongcheon (a stream in Pusan, South Gyeongsang Province).
Al-Young, queen and wife of Park Hyuk-Geo, was exceptionally beautiful, her lips were said to have the same defects as the beak of a chicken, but when she was bathed in Bukcheon (a stream in Gyeongju, North Gyeongsang Province), her beak fell and she became a perfect beauty.
These records on Silla’s first king and queen demonstrates that Silla people were leaded of men and women who combined wisdom, courage and beauty.
For this reason, both Park Hyuk-Geo and Al-Young reinforced their image as leaders through the means of bathing, which is believed to mean that both of them were “beautified” through it, or that in the case of Al-Young, she was “beautified” through surgery thanks to bathing.
A further proof of the sense of beauty in Silla is the importance given to the Hwarang, also known as Flowering Knights and Beautiful Man (from “Hwa” – flower – and “Rang” – knight/man), who were an elite warrior group of male youth in Silla. There were educational institutions as well as social clubs where members gathered for all aspects of study, originally for arts and culture as well as religious teachings stemming mainly from Korean Buddhism. They wore makeup, jade rings, bracelets, necklaces, jewelry, and other accessories and dress up beautifully, which made them beautiful men. 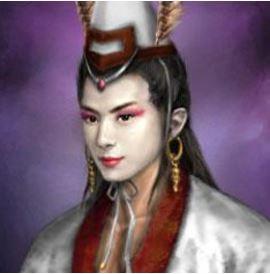 These men, as well as Park Hyuk-Geo and Al-Young, made the Silla people believe that exterior beauty reflected one’s inner beauty.
As a result, in addition to the use of cosmetics, people of Silla prioritized a clean body, neat clothes, and beautiful garments.

It is said that the introduction of Buddhism also greatly influenced the culture of makeup and cosmetic products in Silla. The Buddhist doctrines sanctified incenses, always using them during religious ceremonies and they also put great emphasis on the act of bathing as purification. Because of these ideas, the popularization of perfumes and incenses and of baths increased.

Buddhism was practiced not only in the Silla Kingdom, but also in the Baekje and Goguryeo ones. Nevertheless, the idea of cleanliness was especially strengthened due to the emphasis put on purifying baths. In other words, it was thought that the soul could be purified only through bathing frequently and keeping the body clean.

People of Silla installed bath facilities in both Buddhist temples and their houses according to both their personal aesthetic sense and the Buddhist doctrine, in order to keep at the same time their bodies and minds clean.  As a result of this, bathing products developed as well: red beans, green beans and walnuts were mixed with rice bran and made into soap.

The idea of purification baths often led to the change of the idea of bathing itself. It became recognized that bathing was not a mere act of cleanliness to get rid of the body’s dirt but a sacred ritual to wash away one’s sins of the mind. Therefore, taking baths became not only a practice to be performed only before temple events but in all events and prayers that required a revered and solemn atmosphere in order to release their emotions and find peace. The use of incense was also part of the Buddhist rituals because of the Buddhist belief that the Nirvana could be reached through the use of incenses. It is not surprise, then, that Silla people manufactured perfumes and spices.

Perfume (different from today’s perfumes, which are made from dissolving spices in alcohol) was obtained by squeezing the flavoring substance, which could be either flower oil obtained by pressing the petals in oil, or flowers and minerals dissolved in oil.

Scented stems, leaves and roots of aromatic plants were dried and ground out or cut down into small pieces; scents made of parts of minerals and animals in solid or powder form were also widely used.
The most common method of using perfumes was smoking incense in a burner. In addition to using perfumes and spices for religious and ritual ceremonies, Silla people also used it in the master’s bedroom when praying and pledging. Furthermore, it is believed that Silla people orally administered incense. Finally, a perfumery bag with spices was worn on the garments’ right side of the waist from any man and woman in Silla, regardless of their age or social status. This comes from the fact that Buddhism was not a religion aimed at one specific type of person; instead, it embraced all men and women regardless of their status, claiming to save everyone; therefore incises and perfumes, as well as herbs and spices, were used by everyone, indiscriminately.